How & When to Get a Flu Shot

How to Get a Flu Shot

The CDC recommends, but for a few rare exceptions, an annual flu shot for anyone 6 months or older. Each year, influenza causes hundreds of thousands of hospitalizations and tens of thousands of deaths in the United States. This year, as we continue to battle COVID-19, it is more important than ever to get vaccinated. Here are answers to some common questions about how to get a flu shot.

When is the Best Time to Get a Flu Shot?

The first doses of the annual flu vaccine are generally available sometime during the mid-to-late summer months. Because it takes two weeks for your body to develop immunities after receiving the flu shot, it is best to get the vaccine before the virus begins spreading within your community. In most areas, the true start of flu season begins around October and peaks between December and February. For most people, the best time to schedule their annual flu shot is in early fall. The CDC recommends people get vaccinated before the end of October. Getting vaccinated too early – in July or August – can cause you to have reduced immunity later on during the flu season. This is especially true among older adults. For children requiring two doses, the vaccination process should begin earlier, as these doses need to be administered at least 4 weeks apart.

Which Vaccine Shot Should I Get?

The CDC recommends any licensed, age-appropriate influenza vaccine this flu season. There are many options available, including the standard-dose quadrivalent influenza shot, nasal spray vaccine and several developed specifically for people over 65. Other vaccines also are available for children who are 6 months to 8 years old as well as those with severe egg allergies or compromised immune systems. Be sure to consult with your healthcare provider when deciding which vaccination is right for you, given your age and health status. Make sure to mention any known allergies or other health-related issues.

Instructions on Who & When to Get a Flu Shot

Though the CDC strongly advocates for wide-spread influenza immunization, there are some important exceptions to this recommendation. First, the flu vaccine is not approved for children younger than 6 months. The best way to protect infants from influenza is through their vaccinated mother, who will pass antibodies onto the child during pregnancy and while nursing. The other exception is for people who have severe, life-threatening allergic reactions to ingredients used within the flu shot. This may include allergies to gelatin, antibiotics and other ingredients. Many people mistakenly believe this also includes egg allergies. However, though some versions of the vaccine are produced using egg-based technology, studies have found those with egg allergies can safely take the vaccine. There are also versions available that do not rely on egg-based production methods. For those unable to get the flu vaccine, practicing preventative hygiene and maintaining distance from people who may be infected will be the best protection against the flu.

Best Place to Get a Flu Shot

One of the easiest ways to find the best place to get flu shots is by searching within the ArmorVax app for locations near to you. The following is a list of the most common places you can get a flu shot at little to no cost (with and without insurance):

How to Get a Flu Shot on a Budget

Sometimes it’s not about when, but how. If you’re wondering how to get a flu shot when you’re struggling with money then you’re in the right place. While they are not always necessarily free, flu shots are widely available at little to no cost to most people. The cost of immunization will vary depending on your insurance provider and the level of coverage you carry.

How to Get a Flu Shot with Health Insurance

All Health Insurance Marketplace plans as well as most private insurance plans are required to cover the cost of certain vaccinations, including the flu, at no additional cost to the patient. Be sure to verify your vaccination provider is in-network, as you may be charged a fee for out-of-network providers.

How to Get a Flu Shot with Medicare or Medicaid

The influenza vaccine is covered as preventative medicine for those relying on Medicare Part B. Double check that your healthcare provider accepts Medicare before scheduling your vaccination.

Medicaid coverage varies greatly from state to state. With that said, most state Medicaid agencies do cover or help pay for certain vaccinations, including the flu, for both children and adults. Contact your state’s Medicaid agency to determine your eligibility.

How to Get a Flu Shot without Insurance

There are several resources for the uninsured and underinsured that provide access to the flu shot with little to no out-of-pocket expense. Children younger than 19 are eligible for the Vaccines for Children (VFC) program that covers the cost of vaccinations for those who qualify for Medicaid, are uninsured or underinsured, or are Native American or Alaskan Native. Federally-funded health centers offer the flu shot as a preventative service, charging sliding fees based on your income. Your local health department may also be able to direct you to resources within your community that provide free or reduced-cost influenza vaccinations.

Schedule Your Flu Shot with ArmorVax

Stay healthy this flu season by coordinating your immunizations through ArmorVax. Find the best place to get a flu shot, schedule your appointment, easily walk through the check-in process, and keep a record of your vaccinations all in one place. By streamlining the vaccination process, we make protecting yourself and your family from the flu easier than ever. Download the ArmorVax app today! 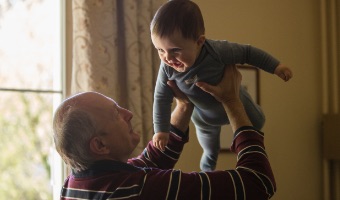 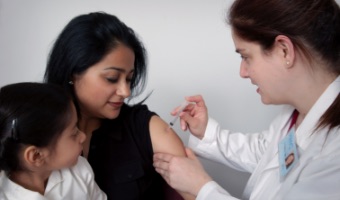 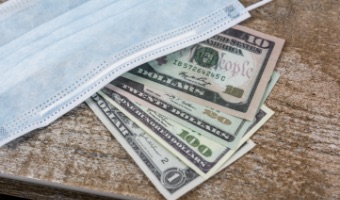 How Much do Vaccines Cost? Read more